Calling people/things by their proper name

As a kid, I was presented a meal of Steak & Kidney Pie and told what I had on my plate was Snake & Pigmy Pie.  This is my earliest memory of things not being called by their real name.
Throughout my childhood, and into adulthood (apparently) the habit of renaming stuff has remained.

Its not spoonerisms.  Nor is it gibberish, its just a case of "my own words in my own world". 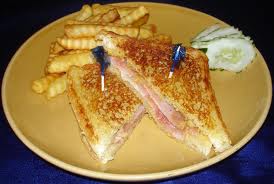 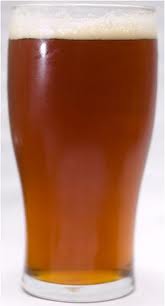 Played a CD compilation from a couple of years ago earlier.
When making these compilations I generally try to sequence them in some sort of logical order (remember the advise on "how to make the perfect mix tape" in High Fidelity), but other times it just track a load of tracks onto a disc in any order.

This CD was one of the latter type, but a section of the track listing (in retrospect) had a strange storyline to it:

There's a story there (possibly even a full blown concept album?)

To illustrate the random nature of the CD, these tracks are immediately preceded and followed by:
(pre) Sky - Toccata
(post) Tribe Of Toffs - John Kettley (is A Weatherman)

Hello, Hello, They're Back Again

Whilst reluctantly wandering around the supermarket today, what started as quick visit to purchase some forgotten essentials turned into £70 worth of "other stuff we might need" (damn you 'Buy 1 Get 2 Free' offers - I now have a fridge with 3 blocks of Cheddar Cheese in it.  I din't even realise we needed one block of cheese!)).
During navigation of the Crisps & Snacks aisle, I noticed that Golden Wonder Crisps are back on shelves in fairly large quantities.
(I'm sure they've been there for a couple of months, but had not really noticed).

Growing up in the late 70s/early 80s, there were 3 main suppliers of Crisps & Snacks: Golden Wonder, KP & Smiths (4 if you count supermarket own brands)

In the mid-80s, Smiths was subsumed into Walkers.  Golden Wonder now had stronger competition and would ultimately lose out in "The Crisp Wars".

Competition in business is a good thing.  The purpose of the Monopolies & Mergers Commission is to ensure that competition, and therefore consumer choice, remains in the market place.

The one big problem with Walkers rampant march to Crisp Supremacy was ...
they got bag colours wrong.

As anyone knows, the standard is:
This is, I understand, the recognised standard for crisp bag identification.
Apart from Beef Flavour, Walkers completely ignored the code.
(Smiths didn't get it completely correct - the Ready Salted flavour Chipsticks was Red, but Salt & Vinegar remained blue (therefore 1 correct + 1 wrong = zero, equilibrium of the universe is maintained).

Golden Wonder remained in competition, primarily in the Snack sector, due to the all-conquering corn-based snack of greatness: Wotsits (available in both Cheesy & Beef varieties).

In 2002, Walkers, backed by the fizzy drink behemoth that is Pepsi, acquired the Wotsits brand from Golden Wonder to enhance their own product range, replacing the frankly dodgy tasting Cheetos.
Golden Wonder limped on and its crisps disappeared from the supermarket shelves.

Now it seems it once again has a strong presence in the Crisps & Snacks aisle.
And, perhaps most importantly, it is using the correctly coloured bags for its potato crisps

And whilst I'm here, wallowing in the nostalgia of the 1980s Potato-based Snacks Battles, the attached video show some more 1980s products that are no more, but may well return as the result of some sort of 'ironic-retro-exploit-the-1980s-and-boost-flagging-sales' future marketing campaign.

Bought Noels latest offering a couple of weeks ago, and its been on fairly regular playing ever since (it has been the soundtrack to the washing up nearly every evening).

I liked it on first hearing, which often means that by hearing number 3 I will start to find fault and want to listen to something else.  No, its still playing and getting better each time (I'm sure it will plateau in the next week, but I'm not getting fed up with it yet).

Is it possible to be objective about this album without referring to Oasis?
It's difficult, so lets get that out of the way:
The sound and feel is similar to 'Don't Believe The Truth' and one of the songs even sounds much the same (compare 'Death Of You & Me' and 'Importance of Being Idle'). And 'If I Had A Gun' on first hearing is one chord away from being 'Wonderwall'

This album bears all the signature traits of Noel Gallagher:
1. He's not scared of a rhyme, no matter how banal it may be seem
2. He just can't help inviting us to "hold on" (which he does in the first track ("Everybodys On The Run")
3. His obvious love/respect/debt to The Beatles remains apparent (note the "Get Back"-y sound in the introduction of "(Stranded On) The Wrong Beach")

Observations:
Other than the two Oasis-like song mentioned above, "(I Wanna Live A Dream in my) Record Machine"" is a fantastic title, but doesn't really hold together for an entire song, and "Stop The Clocks" strays into Coldplay territory and is therefore probably a banker for a performance from a Festival stage.

These aren't criticisms, just minor quibbles which in no way affect the enjoyment of the album.


Earlier in 2011, the Gallagher the Younger's new band released their debut album.  This too was a good album, and is still getting listened to.

Listening to them back-to-back is an interesting exercise.
There's no escaping the fact that these two albums represent both sides of Oasis.
Beady Eye give us the bombastic stadium rock, with a touch of acousticcy stuff, and a bit of psychedelia.
High Flying Birds represents the more slowed down acoustic-type thing (usually including the phrase "hold on").

An Oasis Double Album? Yes
Two seperate albums? Yes
They are both a double set and two single entities, enjoy them however you wish.

On the whole, both albums are great (HFB is, I think, the betterof the two), but you leave both with the words to 'Acquiesce' running through your head.
Beady Eye misses Noel's guitar.
High Flying Birds misses Liams voice in places ("Everybodys On The Run" (possibly), "I Wanna Live The Dream" and "Stop The Clocks").

Maybe the do "need each other", but they've still managed to independently produce two of the best albums of 2011.

When it comes time to produce my list of "Albums of 2011" (which will happen, because I'm a bloke and I like lists) both of these will undoubtedly feature.

And to represent Beady Eye: "The Beat Goes On"