I Want To Ride My Bicycle

Well, actually I don't.  In fact I don't even own one.
Apart from the time my car was in a garage and I borrowed my brother bike to get down the road to pick it up (too tight to pay for bus fares or a taxi), I don't think I've ridden a bike since my last paper a couple of weeks before I started work.

And I don't think the latest announcement regarding the re-launch of the Raleigh Chopper is going to change that:
The Chopper Is Back and Its Never Been So Cool

"The Chopper is back"?
Personally, I don't think it ever went away.  I'm sure that for the last few years you have been able to buy one of these (without the genital crushing gear stick) from many emoporiums and various corners of the interweb.
Never mind, the fact is they are now available in Halfords - all yours for £250, and here it is: 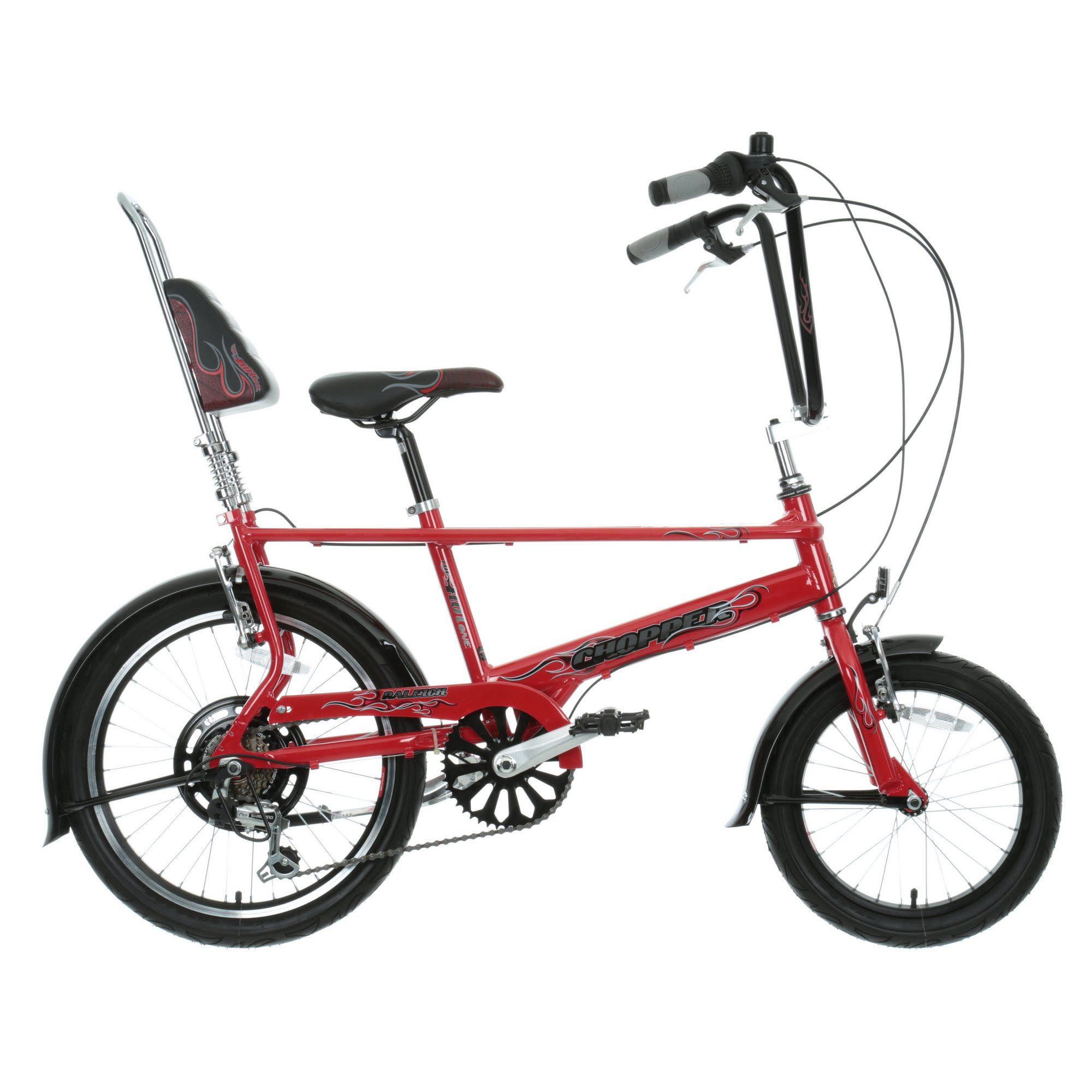 Hang on, it doesn't look quite right to me.
Small wheel at front, big wheel at back - Check
"Iconic" handlebars - Check
Reflector in the back of the seat - Check
Derailleur gear mechanism - thats not right.  It may still be 3-speed, but the original was a chain gear insider the hub which meant when it broke it was stuck in third gear.
Long, lay back saddle - wheres that gone?,  How can you give your friend a lift anywhere (or friends (it was possible to get up to 4 people sitting on a Chopper *))
* don't type this into Google, you may not appreciate the images returned

"The Chopper is cool"?
Well, possibly.  In a sort of retro "remember the 70s, ahh Spangles, Flares, 3 day week" type way.
But I suppose it is now cool, because the media says so, and Halfords are now selling them.

But was it really as ubiquitous as the rose-tinted memories would have us believe?
When I was a kid, growing up on a housing estate there were about 20 or 30 of us all around the same age.  And the pecking order was decided on some pretty basic principles:
- how good at football you were
- which football team you supported
- how much pocket money you got
and
- the bike you rode

(bragging rights were also gained for how high you could wee up a wall, and how many times you could knock on the grumpy blokes door without getting caught)

Amongst this small clique, I can only recall 1 kid who had a Chopper.  Many of us started with a Tomohawk (the single gear, smaller version of the Chopper), but only one upgraded.  For this particular group, the "must have" cycle was the Grifter:

A big heavy lump of a bike, ideal for racing through mud, and not far removed in looks from a Trials Bike or Speedway machine.
In comparison, the saddle was more comfortable, the wheels were (a) the same size and (b) chunkier hence making it much more stable when racing round the kids playground, and with the gear selector on the handlebars gear changes were quicker and smoother.  In short, the Chopper was just a bike for posers.
You can probably guess that I will not be joining the hordes of salivating sheep descending upon Halfords, to re-live a past that (potentially) never happened.  But if Raleigh were to re-launch the Grifter, then I might just ride a bike again.